I have had so much fun with this list.  I could go on tweaking it forever but the longer I delay, the longer the list becomes.  So it’s time to post it and move along; time to stop tweaking and begin reading.

The aim of The Classics Club is to bring together people with an interest in reading and blogging about classic books.  There are very few ‘rules’.  The intention is to increase people’s reading of the classics and to share responses.  You devise your own list of at least fifty classics and undertake to blog about each one.  The definition of a “classic” is very loose, but ideally the book should be at least 25 years old.  A couple of mine don’t quite make that cut right now – but by the end of the challenge they’ll just about sneak in, because a requirement is to read everything on the list within a period of no more than 5 years.

My list currently sits at 103 titles – with space for a few more to bring it up to a more rounded 110 – still an arbitrary number but never mind.  Fortunately, the list is fluid and can be changed at will.  Since it’s already been changing on a daily basis for the last few weeks, I’m sure mine will continue to evolve and will look very different in five years’ time.  But hopefully by then I shall have read at least fifty more classics than I’ve read right now, ideally more than twice that number!

I’ve aimed for a spread of titles.  On the list I have:

I’m publishing the list in chronological order, but privately – for myself – I’ve grouped them into categories.  This is because although I expect the finished list to be rather different from the original one, I do want it to reflect the same spread of era, genre, other challenges etc.

And finally, although I’m only making this post and joining now, I’d like to backdate the start of the list to coincide with when I moved to Cornwall, started a new chapter in my life and began this blog.  Which means this list already includes a few books that I’ve read since then which I’ll write about soon.

My classics club challenge therefore began on 1st April 2016 and will end on 31st March 2021. The full list is here 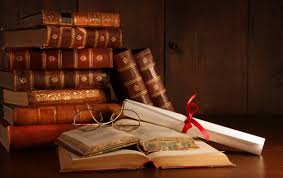