We finally got to Looe!  We’ve been several times to be fair, either passing through or taking Harri to the vets, but finally we spent some time mooching around and getting a feel for the place.

Looe seems to be the best-known and most-loved of the harbour towns in this area, certainly among my friends – several of whom adore it.  It’s never featured high on my list of places to visit, perhaps because there’s a busy road passing through it.  To be fair, there’s a similar road (perhaps even the same one) passing the top of Polperro, and Fowey has a lot of traffic crawling around its narrow streets.  The bulk of Looe town and harbour is indeed below this road, and like Polperro the main car park is situated here and it’s a simple, pleasant walk from there to the town and the sea.  But having spent the afternoon in Looe…. it’s still Polperro and Fowey that have my heart.

Looe sits each side of the river from which it takes its name.  Originally two towns, East and West Looe are joined by a seven-span Victorian bridge which replaced a much earlier 15th century version.  East Looe is busier, with more shops; West Looe is quieter with a different charm.  In East Looe there are banks, chemists… useful shops amongst the gift shops, pubs and cafes.  I must admit it’s a nice place to go to get a prescription filled or pay in a cheque. 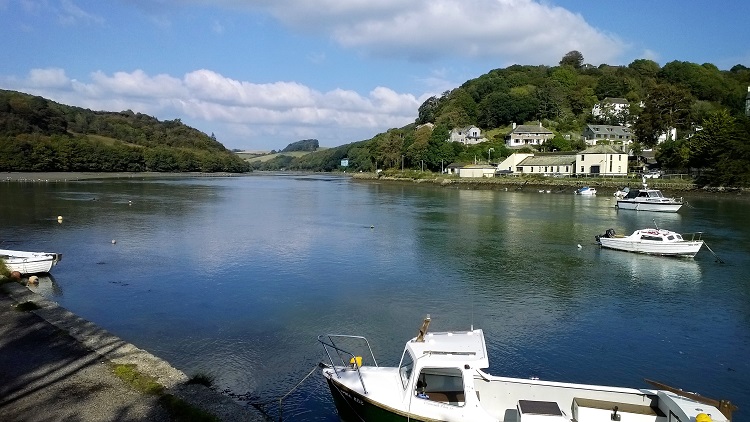 Walking across the bridge, looking upriver, the views are wide and sweeping.

Looking towards the sea offers a similarly open outlook but for me, this view lacks the cliffs and intimacy of Polperro or the panorama and colour of Fowey.  (Taken on the way back to the car; what a difference in the light levels!) 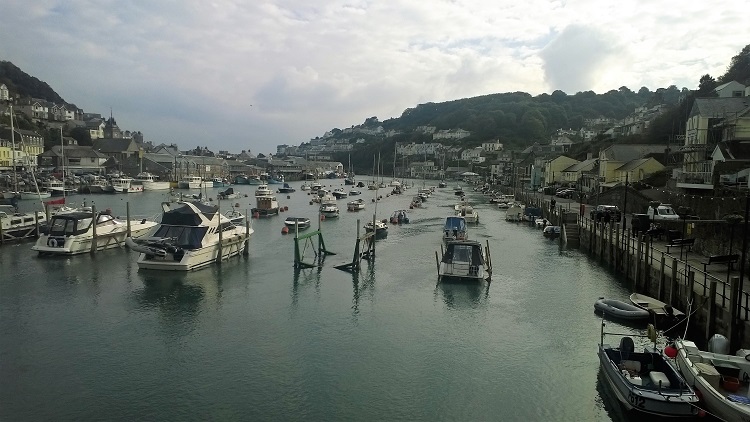 There is a beach on both sides of the river.   This is taken from East Looe. 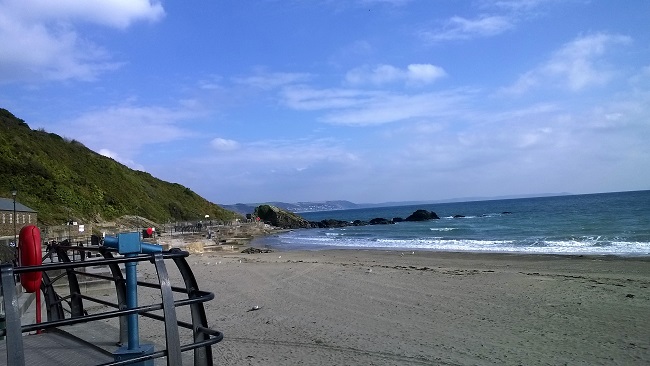 Looe is a harbour town with a working fishing fleet, like Polperro, and a plethora of pleasure craft, like Fowey.  But again, on this day at least, no sign of industry or intimacy.  Dare I say (at risk here of offending Looe-lovers) it felt somewhat sterile. 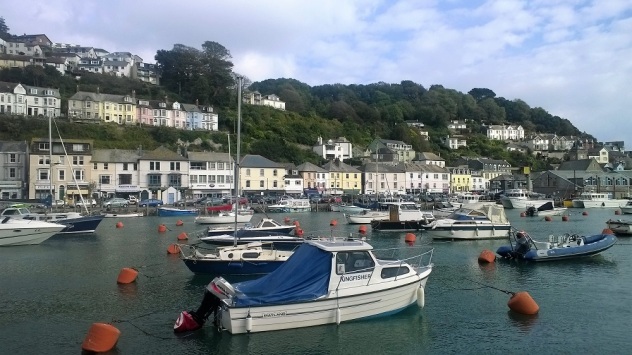 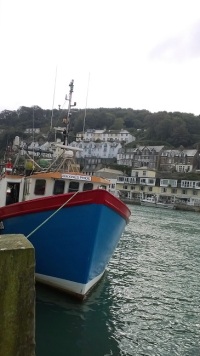 It can boast of its full complement of well-behaved seagulls.  (And almost certainly a number of less well-behaved confederates!) 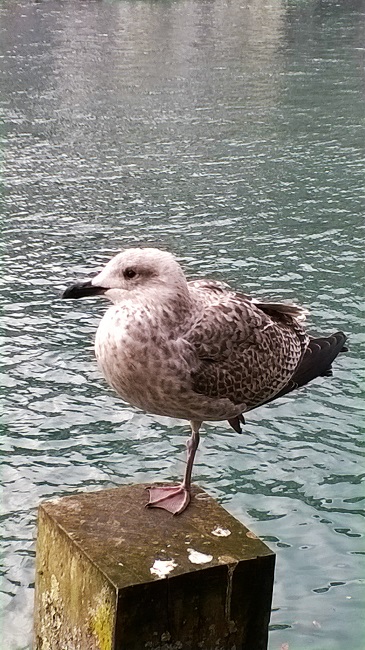 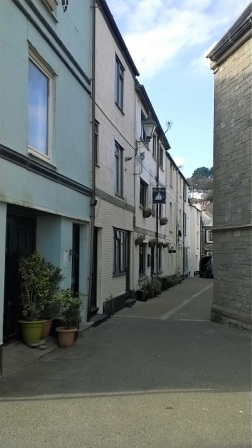 Looe’s streets are narrow, but not as narrow as those of its western neighbours.

I have to be honest and say that I couldn’t find the charm of either Fowey or Polperro. Photo opportunities were few. There seemed to be signs of modern living and the tourist trade everywhere. I didn’t find anywhere which felt timeless; we remained very firmly in 2016.  Apart from in the pub where we had lunch: there the music took us back to the 1970s and earlier…  Nice!  No complaints! 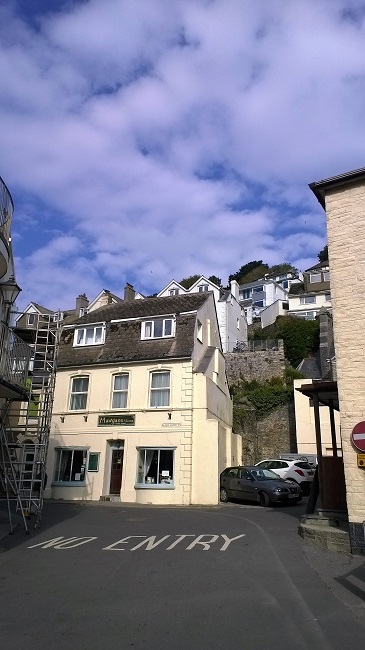 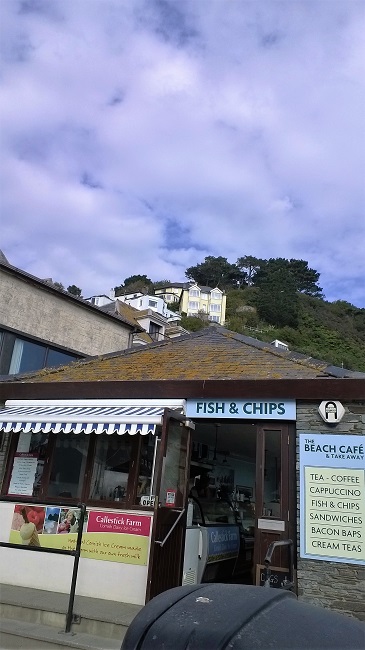 West Looe is quieter, and does indeed have its own feel – and steep streets.  Perhaps that’s what missing for me in East Looe: the roads are flat! 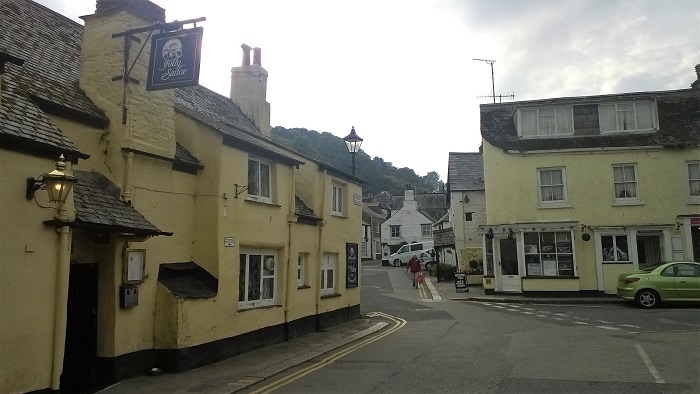 Looe has been a holiday resort for more than 200 years.  Tourism became even more important when the pilchard canning plant closed in the 1960s after years of decline in the industry.  It’s population is larger than both Polperro or Fowey.  Other reasons, perhaps, why I struggled to warm to this place.

That said, I can see that this is a year-round little town.  If we visit in November or February these same shops will be open.  That may not be the case in Polperro, certainly. We shall visit all three little towns over the winter and perhaps I shall find that there is a season for each one.

And I can certainly flag one big tick for Looe: the library is right next to the car park.  Another visit is definitely on the cards!