The panorama is surreal, alien, unique
The view from here is harsh and it takes no prisoners

I may have been eager for what has seemed like an especially long winter to end, but a small part of me has been glad we have had to wait for a run of reliable spring days, because I have been writing about Dungeness in winter.  A task which doesn’t sit easily among vistas of skipping lambs and primroses, soft blue skies and playful breezes.

Indeed, how to start?  How to encapsulate our few days in such an alien landscape?  Blake comes close:

To his strong bones, strides o’er the groaning rocks:

He withers all in silence, and his hand

Unclothes the earth and freezes up frail life.”

We were there in February: the most surreal, otherworldly, visceral few days I’ve had for a long while.

Dungeness lies on the south coast of England.  Some sources like to claim it as Britain’s only desert.  The Met Office clarifies:

The standard definition of a desert is that it has very little rainfall and that can be for various reasons – such as being in an area of persistent high pressure. Another characteristic is that we see large differences between day and night temperatures. Neither of these apply to areas in the UK.

So, Dungeness is not a desert.  But it can seem as vast and empty as a desert.  Here is the view from the decking of our temporary home: 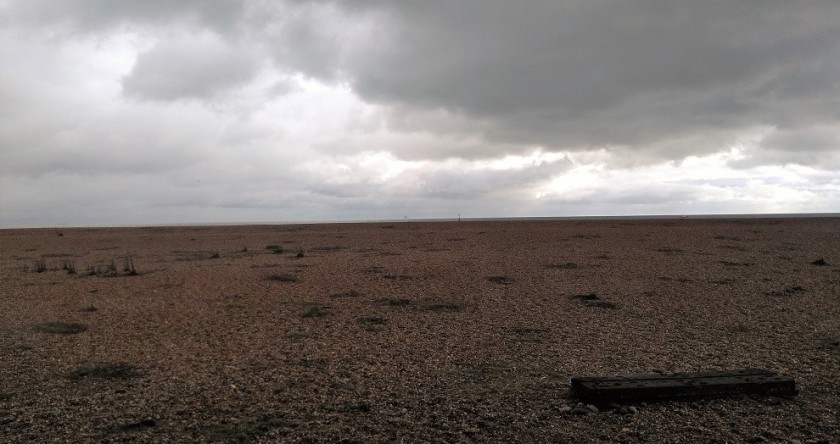 The largest expanse of shingle in Europe and one of the largest in the world.

It’s the southernmost point on the Kent coast: a shifting shingle spit which catches the full force of the tidal elements.  Its rainfall is low.  It’s a nature reserve and a site of special scientific interest: 600 species of plant can be found here – more than a third of all the species to be found in the UK.

But in February the plant life is sparse.  You must look hard for signs of new growth.  Taking a closer look beside the plank in the photo above reveals this: 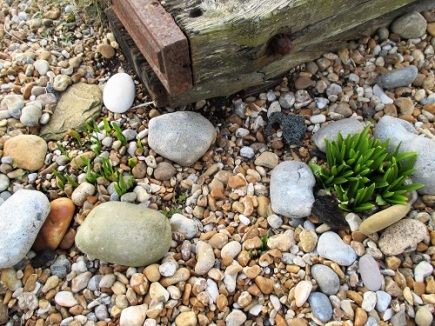 I suspect that for much of the year Dungeness is a place stark in the extreme.  Bleak.  Desolate. Wonderfully invigorating.  I loved it.

We were there just ahead of The Beast from the East.  The outside temperatures plumbed the depths.  The wind was as raw and penetrating as I have ever known.  Yet inside was warm and silent – a carapace sheltering us alongside the carcass of an original railway carriage.  (There are many incorporated into homes here.) 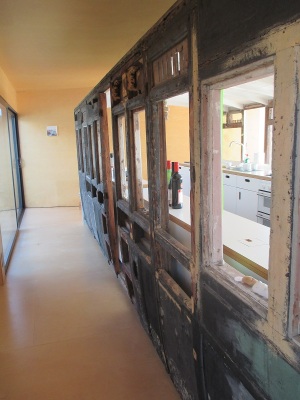 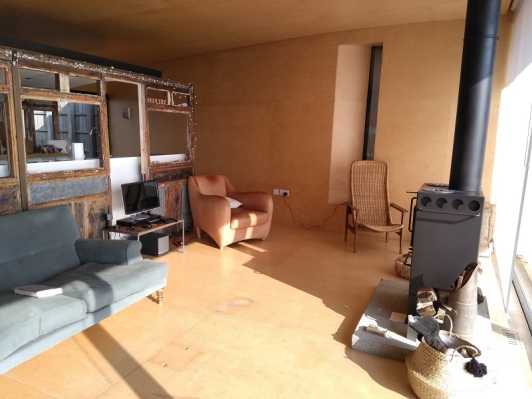 The sun shone quite a lot and the light was often blinding.  Which makes it all the harder to convey quite how bitter it was outside.  With no trees, there is no point of reference for the wind.  You look outside and you see expanses of shingle, frequently in bright sunshine.  Nothing bends, nothing moves.  The gulls appear to have learned to fly with the wind rather than against it and their graceful arcs and parabolas give no clues.

The panorama is surreal, alien, unique.  What I saw in February was a vista devoid of the softness of planting, bathed in sunshine for much of the time but without its warming balm.  What I saw was a landscape pared back to essentials.  The view from here is harsh and it takes no prisoners.

And within that skeletal frame I explored:

a straggling road with wires strung between pylons and poles and peppered with a  posse of homes – peeling, forlorn; opulent, architectural.  Lives lived in the publicity of privacy;

layers of lighthouses old and new;

and a lament of industries past against the brooding backdrop of nuclear power.

As I said, everywhere that juxtaposition.

I also read a book – set here, in Dungeness: an experience in itself.

They were nearing the end of the promontory.  The road veered suddenly to the right, away from the sea.

“Now left,” he said, and she turned again.

(Part one of several)

24 thoughts on “The View from Here: Dungeness”