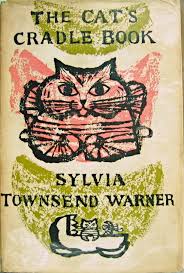 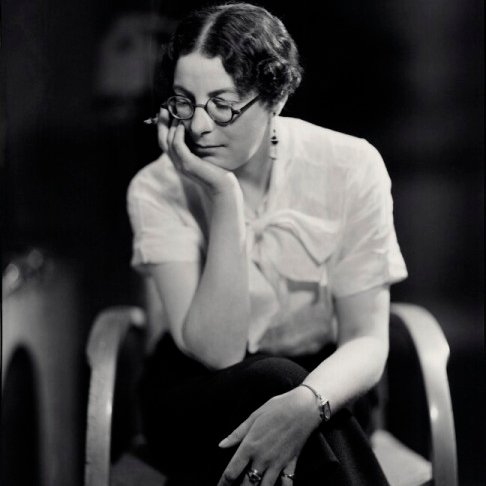 Read for Sylvia Townsend Warner Week, 20 Books of Summer, and the Classics Club

It is Sylvia Townsend Warner Week at a gallimaufry. I’ve read two of her books, which I plan to review this week.

STW has been known to me for decades.  Two of her novels were among the first published by Virago in the seventies when they launched their Modern Classic series – nos. 2 & 3 in the series in fact.  I eagerly bought both along with the very first, Frost in May, convinced that I would be collecting the entire set of these books by largely forgotten female authors.  Little did I know how many there would eventually be! (687 and counting I think.)

I read Frost in May and was underwhelmed.  I went on to Mr Fortune’s Maggot by Sylvia Townsend Warner- and here I hit a wall.  I have tried more than once and failed with it.  Thankfully, this inauspicious start did not put me off VMCs in general but it may explain why I never even started on no. 3: The True Heart.  And why I went on to forget I owned it at all.

STW has never dropped off my radar though.  Mr Fortune slipped into the category of ‘books-I-can’t-get-on-with-but-feel-that-I-ought-to-be-able-to-appreciate’.  Not all books that I don’t finish fall into this category but there are some where I really want to enjoy them or at least understand properly why I don’t.

All of which is preamble is to explain why my attention was piqued by the thought of STW week.  One day, I’ve thought over the years, I will get to grips with her.  That day has come.

STW has a full catalogue.  It seemed sensible to try something new.  Try something else, I thought, and once I can appreciate her as an author perhaps Mr Fortune won’t seem quite so ‘unfortunate’.

My first choice is her short story collection, ‘The Cat’s Cradle Book’.  It was the insightful review from Jane at Beyond Eden Rock which alerted me to this collection.  I bought myself a copy some while ago, another from Chatto & Windus, this edition published in 1960.  It has a delightful inscription on the flyleaf:

“For Sally, you gave me rabbit consciousness.

I hope you enjoy the wisdom of cats.

Thanks for everything.  Love, Randy”

How I would love to know the story behind that message, particularly given the stark and waspish wisdom proffered by these cats…

Jane’s review (absolutely worth a read, as always) advised me that this is an intriguing book.  I’d completely agree.  The book opens with a lengthy introduction which is essential reading to understand the raison d’etre of the collection.  The introduction is in itself, a story, the longest in the book.  I was hooked from the first page, perhaps from the opening sentence:

“I had never seen a handsomer young man.”

Certainly by the end of that first paragraph.  The writing was so lush and evocative:

“…The house was of brick, it had been coated with a yellowish limewash, and this too was worn thin and the colour of the brick showed dimly through, so the general tint of the house was that of a ripening pear with streaks of vague rose and pale madder flushing its sallow skin.”

I shuddered with delight; I could perfectly see and almost taste this house.

In the house lives a young man and numerous cats.  A young woman stops to admire the house and is accosted by various felines.  The young man, when he arrives, berates her for her confession that she understands Cat better than she speaks it.  She learns that he has made it his life’s work to study the culture and history of cats but in particular to document his greatest discovery, which is that cats are storytellers.  Cats from all quarters of the globe tell stories to their kittens (in the cradle) which have a remarkable similarity and through which the lessons of life are passed from generation to generation.  Then events take a very unfortunate and distressing turn.  Disaster befalls the beautiful house and its occupants.  The young man and the cats perish.  It falls to the unknown young woman, as ‘editor’ to collate and publish the stories he had collected.

I admit to being disturbed by this dark twist in events; I must have read of this in Jane’s review (she makes it quite clear) but I’d forgotten.  It came as an unsettling shock.  The honey-coloured house lost its lustre.

But, introduction over, the stories are a different matter.  Written in the straight-forward manner of human fairy tales, many do not feature cats at all although there are plenty of animals to be found.  The stories are mostly short and are varied.  Grimm, Aesop and others echo through the pages but in new guise.  I didn’t immediately recognise a re-telling; these tales are original.  Which is not surprising since they originate from the feline world and not the human.

“The following stories are chosen from the collection of traditional narratives current among cats, made by the late Mr William Farthing of Spain Hall, Norfolk. The selection is the editor’s.”

Clearly there are morals and lessons to be gleaned.  I confess that I didn’t try too hard to tease these out.  Mostly, I enjoyed the tales (or not) and danced around the edges of the messages.  But in some it’s impossible not to hear what’s being taught.  Popularity is an example of this, although not with the lesson one might anticipate.  The Two Mothers also has a lot that us paltry humans might do well to reflect upon.  Now I think about it, rather a lot of the stories had endings one might not anticipate.  I agree with Jane that it’s necessary to adopt a feline mindset.  Cats – much as I love them, do have a ruthless streak…

There is plenty of dry humour here too.  The Magpie Charity made me smile.  (Glossing over the unfortunate name of the starving black cat, which appears only at the end of the story.)

I’m only just beginning to learn more about STW’s life but I note that she was encouraged in her writing by David Garnet, who wrote Lady into Fox.  I remember feeling mystified when I read that story.  I was left with the question: ‘Why?’.  Why write this, why read it: I struggled to understand its purpose.  There are parallels for me between Lady into Fox and this collection from STW.  Both are seemingly innocuous yet dark, enigmatic, beguiling, puzzling.  In The Cat’s Cradle Book STW has put her collection of Garnetesque stories into a context, a framework.  That helps.

Jane concludes that these are not the best of STW’s short stories but concedes that she is constrained  by the framework she has established for herself.  I found the framework helpful and if these stories are not among her best, then I am left wanting more.  Not more of these extraordinary and contrary tales but more of STW’s writing.  More of the delectable sensory lyricism of the opening paragraph and perhaps more of her short stories.  I am certainly a long way from where I was when I gave up on Mr Fortune.

In conclusion, I cannot recommend this collection to those of a nervous disposition and/or a dislike of bad things happening to animals.  (Although I coped.)  It is not a fluffy feline and kittens book for cat lovers.  (Although once again, I coped.)  The only of-its-time racial reference I noticed was in The Magpie Charity so it may be appropriate for some to skip that tale.  Neither is it, for I trust Jane’s judgement, an example of STW’s finest short story writing.  But it is well-written.  And it’s unique: an oddity.  Dark and macabre perhaps, but different and thus memorable.  On a personal level it has certainly helped me past my fracas with Mr Fortune’s Maggot.  It has also contributed to my fledgling understanding of short stories in general – I have long struggled with the genre – and with Lady into Fox in particular.  (Although at 78 pages this is more properly a novella.)  I might even find I am able to put together a review of it.  As one of the original choices on my Classics Club list, that would be very satisfying.

Thus far, my entry into Sylvia Townsend Warner week has been beguiling and very fruitful. 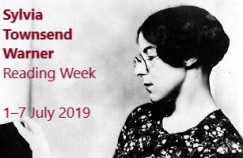 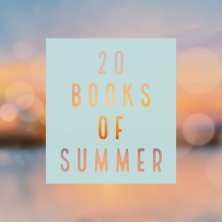 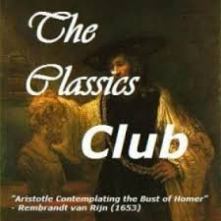