As I drive along, after the farmers have performed their nightly shearing, I feel like I’m driving along a motorway

As July closes, the farmers are busy. There is relatively little arable farming here: the fields are often too steep to make it sensible.  But there’s plenty of hay to gather in.  Harvesting by day – and shearing the banks by night.

After dark the tractors leave the fields and trundle along the lanes cutting back the profusion of growth that has been overspilling and making the lanes seem like paths so narrow is the open space between them.  As I drive along them after the farmers have performed their nightly shearing, I feel like I’m driving along a motorway; the lanes are suddenly so wide!  Now we can see where the road ends and the bank begins.

Of course, we also lose the flowers.  The banks seem dry and barren.  Overnight we have slipped into late summer and it’s too early for that!  But with the holiday season upon us it is much safer to be able to see signposts clearly rather than through a profusion of tangled grasses, and with more traffic about we need as much space on the roads as possible.

Already small green shoots are appearing through the detritus, but for now the banks and verges are bare.  So here is a reminder of the abundance of flowers and herbage we have enjoyed this year.

In spring we enjoyed:

… primroses and bluebells on the banks.

Daffodils and euphorbia spilled out from green verges… 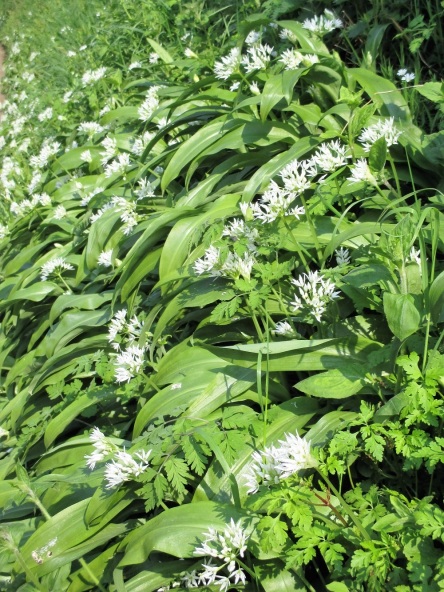 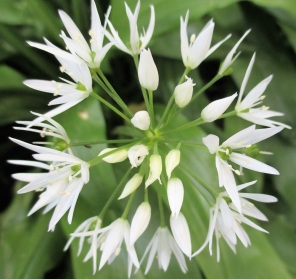 As spring melted softly into summer there were flowers everywhere. 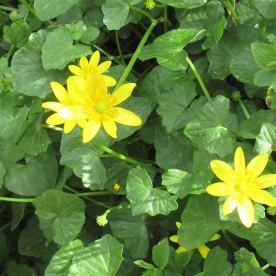 The colours were beautiful…. 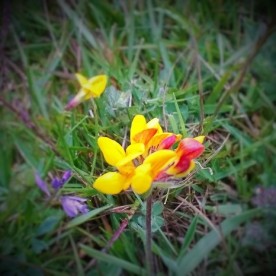 … and blooms were abundant.

In shady quarters the greenery was lush … 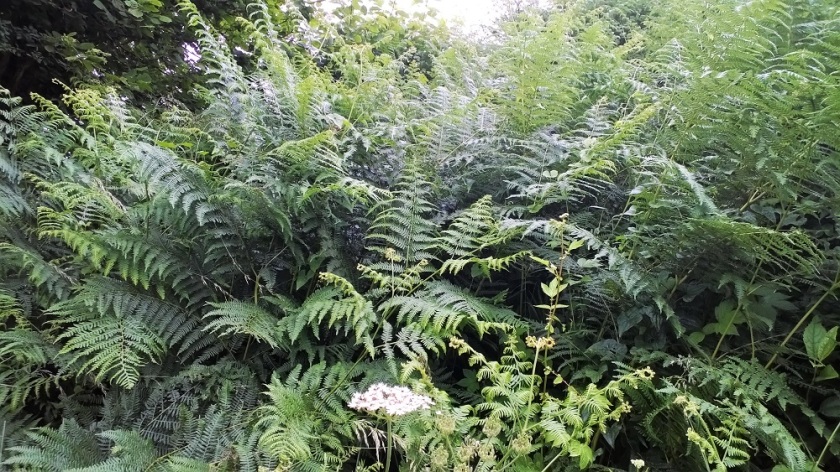 … with a prehistoric feel.

But there was always colour to be found somewhere. 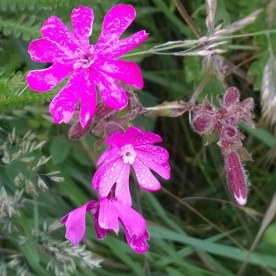 At the moment the lanes look dry and desiccated.  It won’t be many weeks before we begin enjoying the colours of autumn in the trees.

But I won’t look ahead.  As I write this, in mid-August, we are enjoying the most glorious, indolent weekend weather-wise with the widest of clear blue skies, and barely a murmur of breeze.  The fields begin to look dusty and faded; August is showing us her lazy, late-summer face.  I’m reminded of school holidays where days seemed long and weeks seemed endless and the sun always shone, greens faded to dusky browns and bees droned heavily.  Of course this much-welcomed break in the weather will not be with us for long but for now I shall enjoy it to the full.  I’m happy to enjoy these few weeks of late summer just as they are.

5 thoughts on “The View from Here: we have been shorn”