… much as I love Christmas and despite the melancholy which often accompanies the passing of the season, all good things should draw to a proper close before they outstay their welcome

Epiphany.  A favourite word. Today is the Christian Feast of the Epiphany – the reveal of Christ by the Magi – and an occasion marked by tradition and celebration in many countries as well as by religious services.  Today is also known as Little Christmas among Irish and other Christians when men traditionally took on the household duties for the day and women spent the day together.  Mostly I think of it as the day after Twelfth Night: the end of the twelve days of Christmas and the day by which decorations must be taken down and put away. 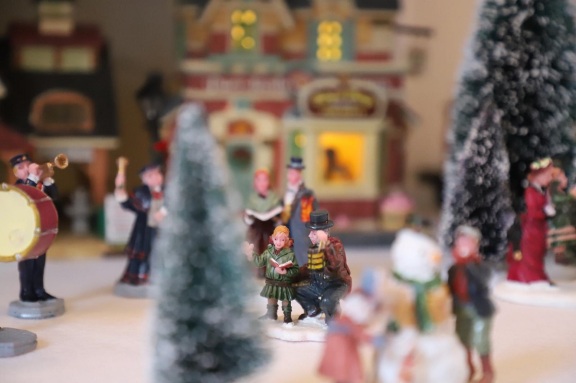 I’ve just learned that if decorations are not taken down by today they must remain in place until Candlemas, February 2nd, which marks the end of the epiphany season.  The Queen supposedly retains her Christmas decorations at Sandringham until February.  But much as I love Christmas and despite the melancholy which often accompanies the passing of the season, all good things should draw to a proper close before they outstay their welcome.  So today for me, Christmas is in a box.  Quite a number of boxes in fact, stacked and ready to be placed once again in storage.  All that is, apart from the obligatory pieces which somehow get missed.  Last year it was one of the three kings.  This year’s refugees are more enigmatic: a particular pine cone and a weather vane.  Like the king last year, they will sit on the kitchen window sill in plain sight until they can rejoin their fellows next December.  They will catch my eye every so often.  A little piece of Christmas all year round. 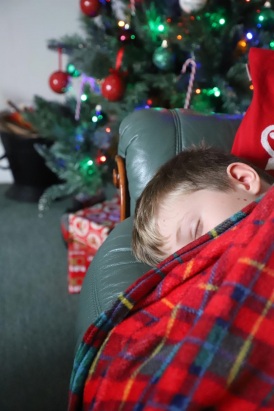 Having lived here almost four years, we have just celebrated our first Christmas at home in Cornwall.  It was a time for creating new memories and a time of quietly marking absences; a time with family and a time of a few crises all happily resolved.  And now Christmas waits, packed in its boxes, until the season turns full circle again.  What will next Christmas bring, I wonder?

Meanwhile, Epiphany.  And a new year, a new decade.  I hesitate to look ahead at this year and certainly not at this decade.  I’m happy to enjoy the present.

After a crisp and sparkling Christmas Day and a sodden and windblown Boxing Day, the weather has remained obstinately grey and still.  Just one day when the wind blew the clouds away and the sun appeared.  An invigorating day.

But now we are back to the no-weather days. I venture up the hill under gunmetal skies.  Colours are muted, plants for the most part tired and bedraggled.  Ivy berries remain stubbornly dark green, ferns are dusty and brittle; one or two red campions hang their pale and tatty heads in apology.  The Cornish hedge is mostly dark, dead and dreary.  But here and there a clump of hart’s tongue stands stronger and brighter than its fellows.  A cluster of pennywort is vivid in the gloom.  These are not last summer’s hangers-on.  These have grown in recent weeks.  There are clear signs of foxglove growth – rosettes of strong pale leaves standing out against the drab and dank detritus.  And there is one – just one – new red campion flower, a small shining beacon in its deep pink dress.  Not a primrose to be seen, not a snowdrop in sight.  But growth is here in other guises.  Nature chooses her own reveal this epiphany.  And one day soon I shall walk these same lanes and be surprised by overnight drifts of snowdrops and in turn surprise my first shy primrose, turning its yellow face to the sky.

(There are times when life and health require blogging to take a step back.  It’s good to be back.)

57 thoughts on “The View from Here: Christmas in a Box”