Continuing from Part one

Photographs with a different colour palette this time (bar one).  Taken within half a mile of home.

Time passed.  April stepped aside gracefully; May burst onto the scene.  And I have adapted.  Same walks, different perceptions.  I lose my fear of emptiness.  I see the flowers erupting along the lanes.  Bluebells and stitchwort, dandelions and celandines.  Dainty violets and bold purple orchids.  Tardy primroses, still tucked shyly in nooks and crannies and the delicate white spheres of wild garlic which proliferate along stretches of shady pathways. 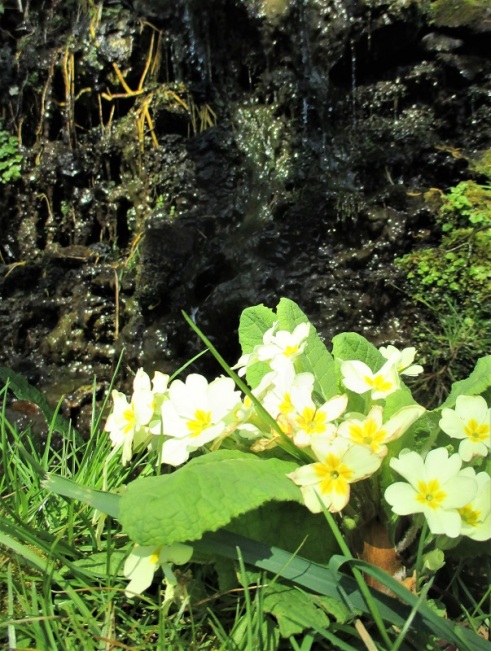 If I look carefully among the luscious greens of uncurling ferns and fleshy pennywort I can see the threads of tiny speedwell necklaces.  And miniature snails.  Borage rises blue, and campion bursts into its symphony of pink.  Accents of yellow bird’s-foot trefoil hug the hedges while cow parsley and cow parsnip lean eagerly forward, reducing narrow lanes still further. 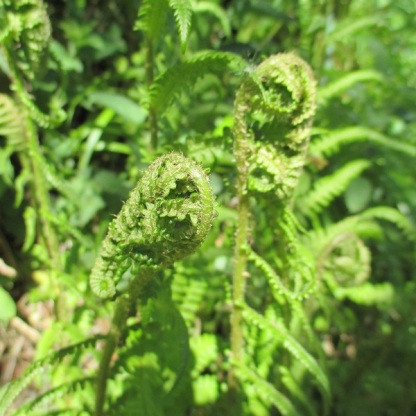 Then come the foxglove spires.  Tall and stately they climb, clothed firstly in their camouflage-green jackets until the time is right to cast them aside and reveal their true colours.  Gracious pink hoods rise through the ferns and the parsley fronds.  All this I watch as May drifts past.

I hear the birds more clearly.  They seem much closer to the roadside, darting out from the very edges of hedges, no longer hidden deep within them.  They feel close enough to touch as they cross my path.   With almost no vehicles passing along the lanes, have they become bolder?  There is a stand of trees on a regular walk which holds in its canopy a large colony of crows.  When I walk towards those trees, the noise from the crows is obstreperous and disquieting.   The birds stream out of the treetops; they are noticeably more vocal at my approach and take a much longer time to resettle.  Is it possible they have become used to these extended stretches of time where neither man nor vehicle passes beneath their nests?  Are they already, after just a few weeks, losing whatever adaptations they had made to the ubiquitous disturbances of men and machines?  Do they presume to take the ascendancy?  I quash firmly all thoughts of Daphne’s The Birds.

This is conjecture of course, and fanciful, although I do know that in the Kruger Park, RSA, the birds and animals took no time at all to avail themselves of the roads, the bridges, the rest camps as soon as Covid closed the park to humans.  If lions and elephants can so quickly re-establish themselves, why not wrens and crows? 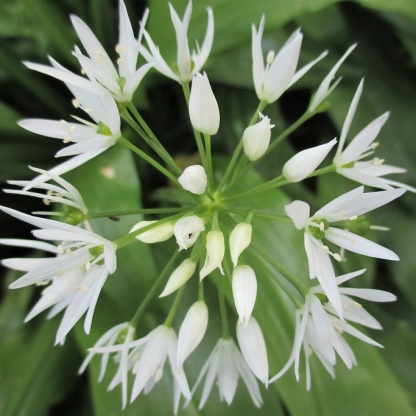 I have adapted also, to the sense of wild neglect along the verges.  It remains too early for the verges to have been cut back, but there is a tiny triangle of green where our hill road meets the valley road.  In February it is filled with clumps of snowdrops and normally at this time of year it’s a neatly-mown lawn, adorned with bright white daisies and gleaming golden buttercups.  This tiny triangle and the narrow verge opposite are generally kept trim and tidy by the gardener who works for the holiday business which is our nearest neighbour.  I’ve always rather liked this small nod to neatness.  Our hamlet does not appear on any map and there are no road signs directing motorists to it, but in the centre of the tiny green, ordinarily surrounded by close-mown grass adorned with its floral jewels, sits a dapper white signpost directing the occasional driver to other nearby villages.  I think of it as bearing an invisible subtext: ‘move along please, there’s nothing to see here!’

This year is different.  The holiday business remains closed and the gardener has not been working.  The green grass around the white signpost has grown long and unkempt and is as one with the hedgerows and verges.  Buttercups and daisies are not bright sparks of colour on a green carpet; they peek shyly from between waving stalks of green, brown and russet.  Our tiny triangle of rural orderliness has reverted to nature and I like it. 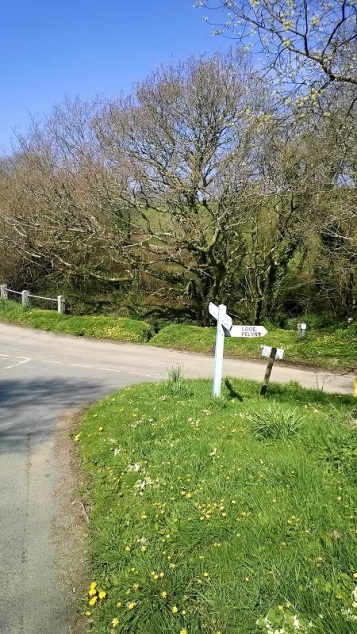 I reflected on the change in my thinking as I walked during these unique weeks.  In April out walking, I felt shivers of dystopia.  Something had robbed the world of its people; the stuff of a science fiction nightmare.  In May out walking, watching nature take precedent, I switch from a dystopian future to a nostalgic past.

No, not Daphne.  I live in du Maurier country but I live on land once owned by another immigrant to Cornwall whose literary success came much later in life than Daphne’s.  Now I come to think about it, the oxeye daisies as photgraphed here bear a strong resemblance to a flower which features in the title of what is perhaps her best known book.  But time enough to reflect on her experiences of this corner of Cornwall in part 3…

67 thoughts on “The View from Here: walking in the writer’s footsteps (part 2)”