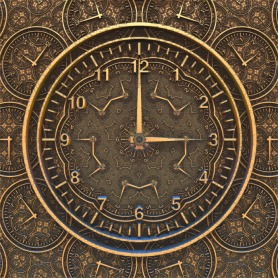 Tracking this tag back to its source, I have  The Library Lizard to thank for setting these questions.  Time travel isn’t something I would normally associate with my choice of reading matter so I wondered if I’d have any answers to offer.  But   the lovely Jane at Beyond Eden Rock suggested I might like to have a go and it’s been a good way of focusing my thoughts, and turning those thoughts into a post – something I’m struggling with at the moment. I’ve had a thoroughly indulgent few hours pottering among my book lists and books shelves, making my choices, collating my answers and then wandering through the choices of others before me.  Thanks to Jane and The Library Lizard for such an enjoyable afternoon!

WHAT IS YOUR FAVOURITE HISTORICAL SETTING FOR A BOOK?

Of course for me – still in love with my newly adopted county – it has to be Cornwall.  The wild and brooding moors surrounding Jamaica Inn perhaps?

Or the undulating farmland, the rugged cliffs and precarious tin mines of the Poldark books? 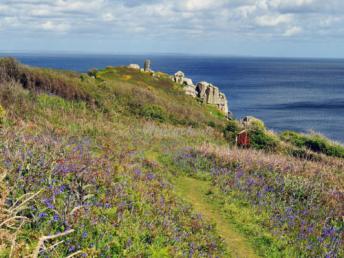 Or maybe, travelling forward to more recent history – the 1950s this time, the primitive and isolated smallholding that Derek and Jeannie Tangye fell in love with and made their own.  Derek wrote about their toils and passion as they carved a flourishing market garden from the beautiful but indomitable Cornish landscape in a series of books called The Minack Chronicles.

But there again, I do love the Outlander Series – and not just for the tall red-haired Scottish hero. The misty atmospheric Highlands in eighteenth-century Jacobite Scotland had me hooked well ahead of the recent television adaptations.

WHAT WRITER/S WOULD YOU LIKE TO TRAVEL BACK IN TIME TO MEET?

I would choose an eclectic group of ladies.  Of course I must have Daphne du Maurier, and perhaps we could all meet for tea at Menabilly.  Some of the ladies joining us would have to travel forward or back in time too, and from different quarters of the globe.

Daphne herself had an abiding interest in the Brontes and I would warmly welcome Anne Bronte – my favourite of the sisters.  I’d have to include Virginia Woolf too, also a Bronte admirer, for her lively mind and shrewd observations.  I’m wondering whether Daphne and Virginia ever actually met.  It’s quite possible.  Such different female writers but they were active concurrently.  It would certainly make for lively conversation, and more than a few wry observations I suspect!

From across the ocean I would invite Ann Morrow Lindbergh and May Sarton and since I’m travelling back from the present day I’d invite Annie Proulx – still living of course – to travel back along with me.

Six strong, stimulating ladies: essayists, diarists, story-tellers, poets: each passionate about their chosen environment, and each placing a high value on their solitude.  I think we would all get along famously! 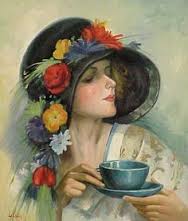 WHAT BOOK/S WOULD YOU TRAVEL BACK IN TIME AND GIVE TO YOUR YOUNGER SELF?

I would give to my childhood self Anne of Green Gables which I’ve so enjoyed as an adult.  I think I would have loved this series as a girl.  I might perhaps have emigrated to PEI!

To myself as an idealistic and romantic teenager I would give I Capture the Castle.  I’ve read this quite recently, and I think it may have become a much-loved favourite had I read it at the right time.  It may also have helped me to appreciate Jane Austen.  I read her books at that age and they rolled right off me without leaving a mark.  (Very different now though!)

To my more contemporary self – me just five or six years ago – I would give Larkrise to Candleford.  Before moving here, we lived just a couple of miles from the actual villages around which Larkrise was set.  I have a beautiful copy but never got around to reading it while I lived so close by.  I wish I had. 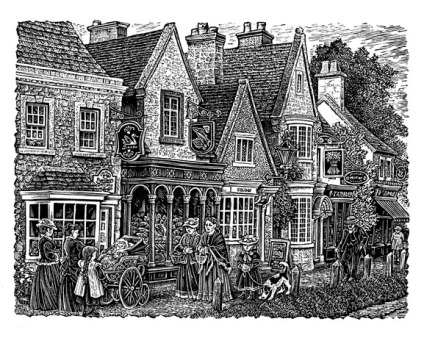 WHAT BOOK/S WOULD YOU TRAVEL FORWARD IN TIME AND GIVE TO YOUR OLDER SELF?

This one took a while.  The Library Lizard explains that this question is intended to refer to a book you might want to remind your older self about because it has been so important to you.  But I already had two books in mind before I realised that, so my choices are books I have read and loved, which feature wonderful women at the end of their lives.

Perhaps a little morbid to be giving these to my older self, but I’d like to think they might bring back memories of when I first read them as well as offering examples of women who are characterised by open-heartedness, joy and child-like inspiration.

WHAT IS YOUR FAVOURITE FUTURISTIC SETTING FROM A BOOK?

Like Jane, I really don’t have a book for this question.  I can’t think of anything I’ve read that’s based in the future.

WHAT IS YOUR FAVOURITE BOOK THAT IS SET IN A DIFFERENT TIME PERIOD (CAN BE HISTORICAL OR FUTURISTIC)?

This was a lovely question!  I can’t choose just one though.  I’ve really got the travel bug now so I’m going to fly the globe as well as flit between eras, and revisit some favourites.

I’d walk beside the canal in 17th century Delft as Griet made her trips to the market, and maybe creep up those stairs with her to take a peek into Vermeer’s studio in Girl with a Pearl Earring.

I’d travel back a hundred years to a steamy, magical Columbia and sit in quiet doorways and on park benches with Florentino and Fermina from Love in the Time of Cholera.  I’d watch their love blossom, wither, and reignite as they aged from shy young lovers forced to take separate paths, to senectitude – when they find each other again.

I’d follow Mary Mackenzie through the first half of the last century beginning with her voyage as a shy young bride-to-be.  She journeys from respectability in Scotland, through a stifling marriage in China, to ostracism and independence in Japan in The Ginger Tree.

In the 1930s I’d visit Georgia and sit with Celie as she writes her letters to her beloved sister, and stand with her as she grows in strength and stature throughout her challenging, dignified life in The Colour Purple

And finally, closer to home, I’d step back to Slad in Gloucestershire as the First World War was ending and watch the young Laurie Lee growing up in the midst of his sprawling chaotic family with his free-spirited, romantic and wonderful mother.  Perhaps I’d stay long enough to see him take his first sip of Cider with Rosie. 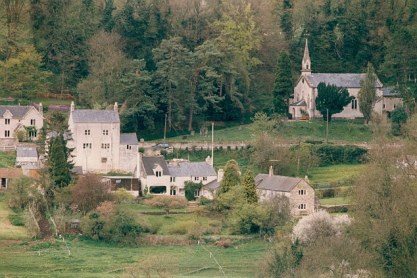 SPOILER TIME: DO YOU EVER SKIP AHEAD TO THE END OF A BOOK JUST TO SEE WHAT HAPPENS?

Never deliberately, though I almost always flick to the end to check on the number of pages.  And I have frequently been caught out by catching sight of a few key words or phrase that I really didn’t want to see right then.

IF YOU HAD A TIME TURNER, WHERE WOULD YOU GO AND WHAT WOULD YOU DO?

Oops!  I seem to have answered that question already under the ‘favourite book’ section.  But no matter – I have another list ready and waiting!

(I’m keeping to bookish wanderings here; of course there would be various real-life events I’d like to revisit but they seem out of place.)

… spend a morning in Paris with the Last Lovers – and feed the pigeons with Mirabell, before sitting alongside her as Jack paints at his easel

… stay a while at Darlington Hall – and do a spot of matchmaking in what Remains of the Day.  Stevens and Miss Kenton could surely have been happy together if only they had been able to set aside their British reserve.  (Carson and Mrs Hughes at Downton Abbey would have made good role models!)

… I’d have tea with Daphne.  In person rather than tea with her books

FAVOURITE BOOK (IF YOU HAVE ONE) THAT INCLUDES TIME TRAVEL OR TAKES PLACE IN MULTIPLE TIME PERIODS?

This is an easy one.  An all-time favourite revolves around the notion of time-travel: The Time-Traveler’s Wife by Audrey Niffenegger.  This was a book that I read at the right time, in the right place and it holds a special place in my heart.  I finished it while time-travelling myself: thousands of feet in the air on a long-haul night flight crossing time zones.  The plane was dark, no one seemed awake but me and I read the final chapters with tears streaming down my face.  I don’t think I shall ever read the book again; I’m too fearful of spoiling the magic.

A much more recent book that I have read twice already this year is A Year of Marvellous Ways by Sarah Winman.  The time-travel element is less apparent but it’s there in various guises alongside magic, memories and a mist-filled Cornish Creek…

WHAT BOOK/SERIES DO YOU WISH YOU COULD GO BACK AND READ AGAIN FOR THE FIRST TIME?

As an adult: the Cazalet Chronicles by Elizabeth Jane Howard and the Outlander books by Diana Gabaldon.  I’m re-reading the Cazelets at the rate of one book a year, which means it will take me five years to work through the series.  I’m reasoning that by the end I’ll be ready to start again.  At the moment I’ve read 3 of the 5 and I’m itching to start the 4th but that’s for next year.  I first read them as they were published, so there’s been a long gap between first and second readings and I am loving them so much this time around.  A wonderful read but how nice it would be to be discovering them for the first time once more.

The Outlander books are just marvellous fun! And huge! I would dearly love to work through them all again but I doubt that I will: there’s just not enough hours in the day to justify committing such a large chunk of precious reading time.  I still have the last book to read though, and I think there will be another in the offing.  I’m loving the tv adaptation but I’d also love to be coming to the series afresh.

As a child: The Silver Brumby series by Elyne Mitchell.  I adored these books.  I’ve no idea why: I was and still am, frightened of horses!  But these books held me spellbound and I would love to feel that thrill of being utterly enthralled and transported somewhere so far from my girlish experience.  Perfect! 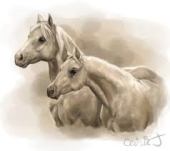 Goodness – now I want to read all of these books again!

Without putting any pressure on anyone I am suggesting the following as people who may have answers I’d love to hear about.  Of course, there are many others but I’ll limit the list, and not everyone in my mind has a blog through which to reply.  If anyone is inclined, the original list of questions is here: The Bookish Time Travel Tag

Katrina at Pining for the West

Ms Arachne at A Canon of One’s Own