On March 1st the latest Classics Club spin was announced.  This will be spin number 17 for the club and my third.  It’s a year since I last participated – in part because it took me almost all that time (with gaps) to read my last spin choice, which was J. B. Priestley’s The Good Companions.  That book finally finished (though not yet reviewed – no great surprise there), I’m ready for the next spin.  Details of how it works can be found here.

I’ve taken a different tack this time and chosen my titles by picking twenty numbers at random – a bit like the lottery – and then matching them against the list of what’s left to read.  This is what transpired:

It’s a pretty good balance from across the various categories within my list, and from the centuries and from around the world.

I’ve waited until the spin has been spun before posting – I seem to be posting a lot these days.  And now we know that the chosen number is……. 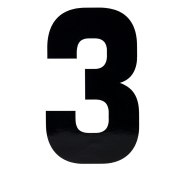 Which means I get to read Sylvia Plath’s The Bell Jar – one of the three that I was really hoping NOT to get!

When Esther Greenwood wins an internship on a New York fashion magazine in 1953, she is elated, believing she will finally realise her dream to become a writer. But in between the cocktail parties and piles of manuscripts, Esther’s life begins to slide out of control. She finds herself spiralling into serious depression as she grapples with difficult relationships and a society which refuses to take her aspirations seriously.

The Bell Jar, Sylvia Plath’s only novel, was originally published in 1963 under the pseudonym Victoria Lucas. The novel is partially based on Plath’s own life and descent into mental illness, and has become a modern classic.

Sigh……  It’s at times like this that I ask myself why I put certain titles on the classics club list at all.  I may be pleasantly surprised but given the subject matter, I have my doubts.

And please take note of my honesty: I could have just tweaked the list a little.  But I didn’t!  😉