It’s been exactly a year since I last participated in Six Degrees which is hosted by Kate at booksaremyfavouriteandbest.

From the starter title provided by Kate, six links create a chain of books which invariably surprises me by where it finally ends up.

If I needed an incentive to pick up the reins, this month’s starter book was it.  Where the Wild Things Are by Maurice Sendak is a children’s classic, published in 1963 and featuring Max, who dresses in his wolf suit and is sent to his room for causing havoc.   His room turns into a jungle peopled by a host of fantastical creatures and Max becomes their king. But he gets lonely and returns home, to find his supper waiting for him.

This was the second book beloved by my elder son, Tom.  (The first being The Very Hungry Caterpillar which he could recite word perfect from an audaciously young age.)  Wild Things epitomised Tom.  The only extrovert in a family of introverts, life was tough for him at times.  We were too quiet, too restrained… he needed his outlets; sometimes life was just too much.  Sometimes he needed to don his wolf suit!  Let the wild rumpus start!

Thinking of Tom and books led me easily to my first link.  I should mention that Tom is not a reader.  He’s still an extrovert: life is for living, not for reading about.  But he adored Tolkien.  As did I.  The Hobbit was being read in class in the summer term when I was eight and caught chicken pox.  I missed the remainder of term – and the rest of the book.  My mother  – herself not at all bookish, and busy with four daughters who helpfully contracted chicken pox one after the other (with the first of us catching it again at the end of the cycle) – bought me my own copy of the book so that I could finish the story for myself.  Mum was not given to such things; I have never forgotten that kindness and my copy of The Hobbit was very precious to me.  In due course I read it to my own three and we went on to read my copies of Lord of the Rings.  I have memories – as do they – of the three of them in our bed, duvet up to their chins, eyes huge, as we reached the section where the Black Riders are closing in.  (A sensible choice of bedtime story?  Really?)

Anyway, much later, as an adult, Tom remained a Tolkien fan and borrowed my books.  My precious copy of The Hobbit (illustrated here) fell apart.  It wasn’t his fault; the book was just old and too well-used.  But he knew it was special to me and he bought me a replacement.  I appreciated the gesture but no, it’s not the same.  (He still has my LotR trilogy; I saw it on his very small bookshelf when I last visited.  I daren’t ask for it back…)

A much quicker link to these two books would have been the list from the Hay Festival of “Books to Inspire”  Where the Wild Things Are and The Hobbit are both on it.  “Reading lists to inspire the next generation of world changers…” is the tag line.  Tom is about to start a whole new life.  So there’s still time for him to change the world…

My next link is a hop and a skip via the Hay List again.  Further down the list is the marvellous memoir from Jeanette Winterson, Why Be Happy When You Could Be Normal?  I read this for a book club choice some years ago and it’s stayed with me for its eloquence, for it’s searing portrait of the Pentecostal zealot who is Jeanette’s adoptive mother and for the huge role that Jeanette’s love of books played in her childhood. 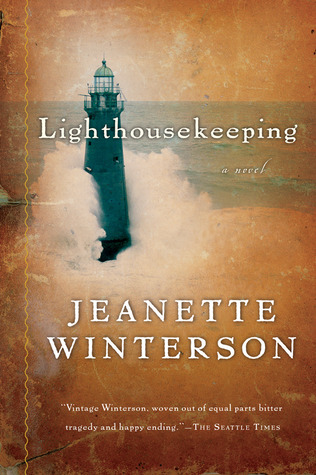 So I could have gone for Why be Happy as my next link, but instead I’m choosing a 2005 novel by Winterson: Lighthousekeeping – the primary link being another book by an author on the Hay list.  I haven’t read this one but I very much want to.  Winterson puts me in mind of Sylvia Townsend Warner as a quirky, edgy writer and I’ve just been reading her work.  Winterson also claimed (I make no comment) to be heir to Virginia Woolf, and I’ve recently read Flush.  An explanation perhaps, for why Winterson’s name jumped out at me from the list above all the other authors.

Lighthousekeeping is the story of Silver, a young orphan.  It also features a vertiginous town and of course, a lighthouse together with a blind lighthouse keeper, Darwin and Robert Louis Stevenson.  In keeping with the two books already in the chain, it includes a cocktail of myth and reality, and the impact of books and storytelling on individual lives.  It is described as magical and lyrical and I am totally intrigued. 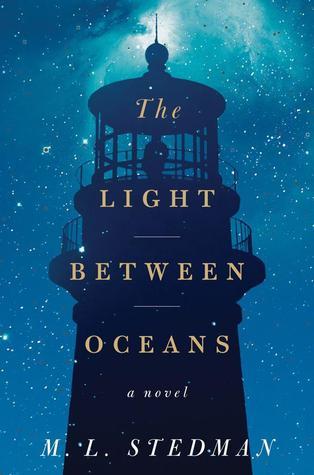 After sailing in the dangerous waters of edgy fiction, I’m veering away from To the Lighthouse, which would be the obvious next link.  Instead my third link is The Light Between Oceans by M L Stedman, published in 2012.   There are plenty of dangerous waters around the lighthouse where Tom Sherbourne takes the role of lighthouse keeper, seeking a refuge after four years of service as a soldier in WW1.  He marries Isabel and takes her to live with him in the lighthouse on Janus Island.  For a time they are happy but tragedy strikes.  Then a small boat bumps up against the rocks containing the body of a man and a baby.  The baby is alive.  Thus begins a far wider tragedy.  This was a bestseller when I read it and deservedly so. 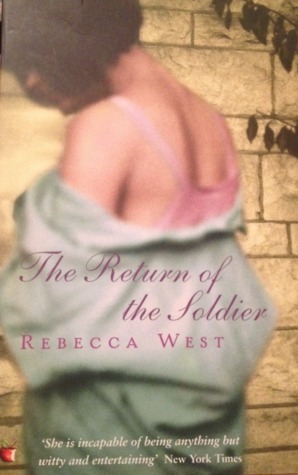 Soldiers returning from WW1 forms the link to my next choice.  Published in 1918,  The Return of the Soldier by Rebecca West is the story of Chris, suffering from shellshock which has left him with a form of amnesia that leaves him unable to remember his young wife and his immediate past life.  Instead he remembers Margaret, his first love of years previous and it is she who is contacted when his identity is finally established.  The unravelling of relationships past and present, of expectations and desires, of losses and loves are each explored in this classic novella.  It’s a book I need to read again to fully appreciate. 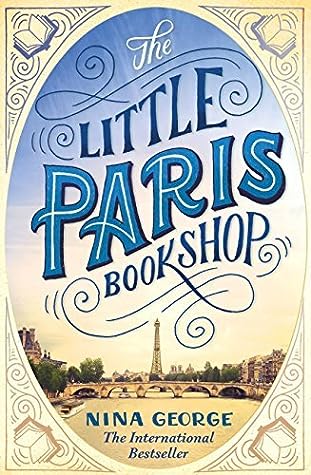 And first loves form the link to the final two books.  Next in the chain is The Little Paris Bookshop by Nina George, published in 2015.  Monsieur Perdu owns a barge moored on the banks of the Seine from which he dispenses books especially chosen for each customer as the balm to soothe their troubled souls. But he cannot heal his own heart; he cannot forget his first love who seemingly abandoned him many years before.  One day he unties his barge and begins a journey through France and through his own unhappiness to discover what really happened.  Another quirky read, another which includes a sprinkling of fairy dust and explores the role of story and books in the lives of the reader. 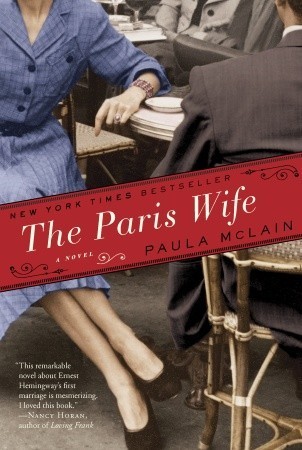 And finally – perhaps because I read Hemingway a month or so ago, perhaps because I am thinking about the Lost Generation in the aftermath of the Great War – but principally because of first loves and Paris, my last link in the chain is The Paris Wife by Paula McLain, published in 2011.  It is a fictionalised account of Hemingway’s earliest years as a struggling author as seen through the eyes of Hadley Richardson, his first wife.  They move from America to Paris, are swept into the golden circle which included Stein and the Fitzgeralds and into a life of hard-drinking and fast-living which their marriage does not survive.  Another book that has stayed with me and an author I always meant to keep up with but thus far, she’s still waiting.

My chain has been long and rambling as is my wont and has encompassed a variety of journeys, the aftermath of the Great War and lighthouses.  From Max’s bedroom in Sendak’s classic, we’ve travelled to Paris via The Lonely Mountain and America and the battlefields of France and the mighty oceans with their stark and watchful lighthouse sentinels.

44 thoughts on “Six Degrees of Separation: from Where the Wild Things Are to …”