I did have a naïve, romantic expectation of seeing something “like I’d see on the telly”

Our second guided walk was more for B although I had high hopes for it too.  We travelled to Charlestown – a little place west of Fowey – which is a purpose-built and perfectly preserved Georgian harbour and has been used in many films and tv productions.  I’d envisaged something picturesque: old sailing ships rigged and dignified, in a scenic harbour such as Polperro.  What we saw wasn’t helped by the bracing wind and spattering of rain, but essentially the harbour was dull and for me, a disappointment.  Preserved yes, but dull. 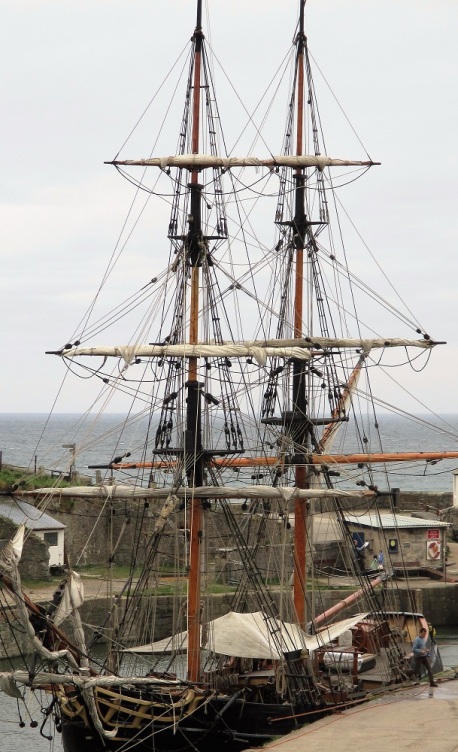 Of course, when used in a film or television production, no doubt CGI comes into play and the backdrop becomes busy and bustling with actors in role: the hive of activity one associates with working ports.  What we actually saw though was a couple of authentic – and impressive – old brigs and a lot of concrete.  One brig was being worked on but I found it hard to look beyond the modern-day forklifts, dinghys and other accoutrements littering the quay.  It jarred badly with any romantic notions I may have held – and in retrospect, I did have a naïve, romantic expectation of seeing something “like I’d see on the telly”.

So on that score I was disappointed, but the tale behind how Charlestown came into being was interesting and added to my both local and historical knowledge.  I learned yet more about the Rashleys, a hugely influential and important Cornish family who have their own connections with Daphne, and one of whom built the port and the town itself.  His name was Charles Rashley, hence the name of the town. 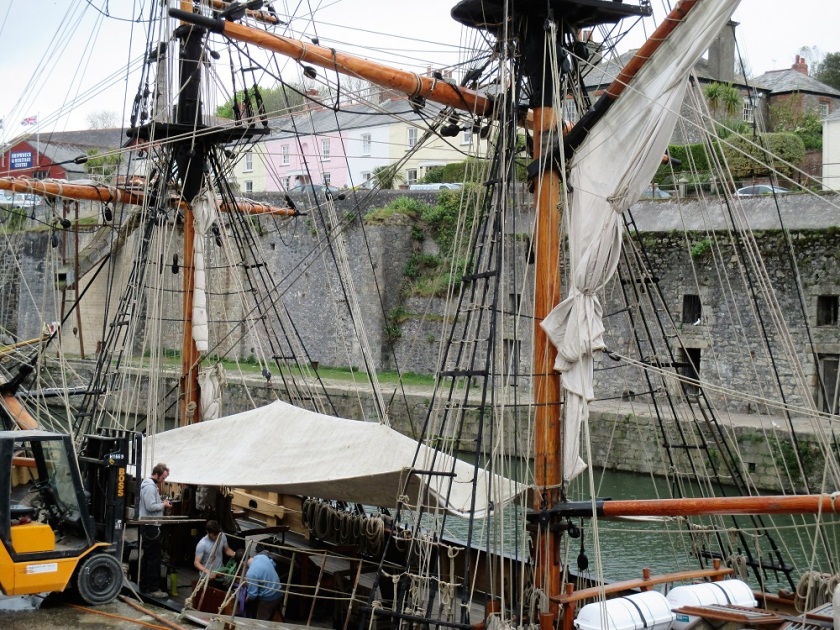 I found this photo of Ross Poldark, clearly at Charlestown, which makes our visit much more real for me – and also makes me even more impatient for the second series.  We have to wait until the autumn apparently.

That may give me time to read the first of Winston Graham’s Poldark novels.  I have a hankering to collect the set – but not with recent, tv-production covers. This is a 1945 edition which is when the first book in the series was originally published.  Having noticed the price, I don’t think I’ll be buying this particular edition!

No doubt we’ll catch Charlestown in a Poldark episode when series two airs.  And it will look busy and bustling and beautiful.  But I will know what lies behind the beautiful graphics! 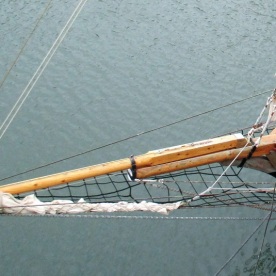